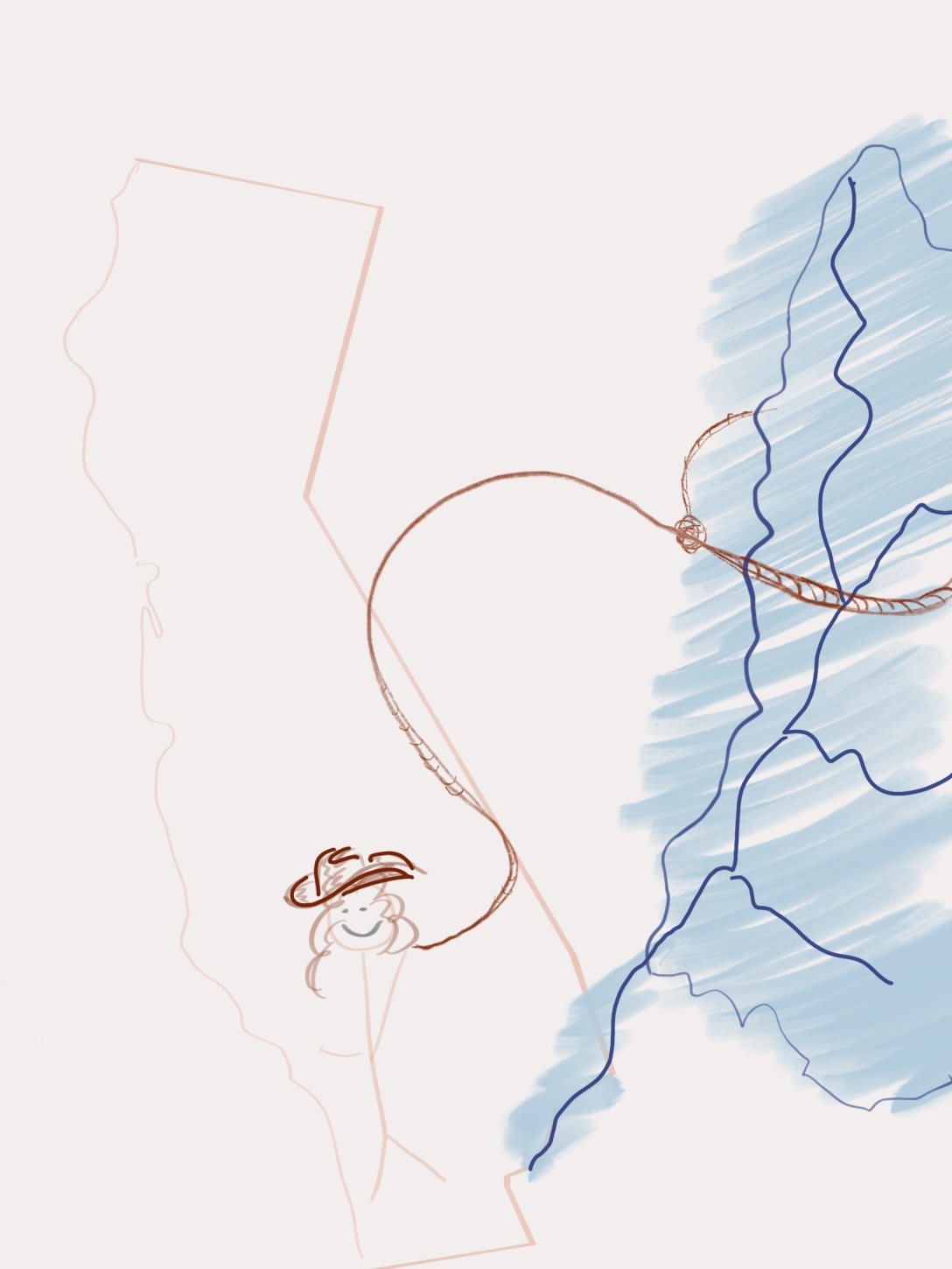 Living in Chicago means that Lake Michigan is my water supply (and the Chicago River carries my used water to the Mississippi River and ultimately to the Gulf of Mexico). If you had asked me where my water came from while living in Sacramento or Monterey, California, truthfully, I’m not sure what I would have said.

If you have read my previous posts about water, you know that my extreme water conservation techniques are a point of pride for me. So I was disappointed to learn that, in very specific instances, conservation could cause more ecological harm than good when I recently I read Where the Water Goes: Life and Death Along the Colorado River by David Owen. (Because I read the book on my phone, I’ll refer to chapters instead of page numbers.)

There were numerous examples throughout the text that talked about the unintended, ecological consequences of water conservation – which goes against everything I previously believed. Inefficient water use can actually restore groundwater and even create habitat. One example in the text (again, of many) was of efforts in California to reduce water leaks from the All-American Canal and the Coachella Canal for an estimated savings of 91,000 acre-feet of water a year. Those leaks, however, had caused flooding in Northern Mexico, which Mexican farmers came to depend on. The “excess” water was used for irrigation and more importantly to reduce the salt concentration in the local groundwater. Most tragically, the leaks had sustained a wetland in Mexico that dried up when the canals were sealed with concrete and the flooding ceased. (Chapter 16: Reclamation)

This quote from chapter 5 captures the sentiment: “…when you increase the human utility of a gallon of water, you also increase the human impact of losing that gallon. That’s not an argument against using less water, but it’s a reminder that issues related to the consumption of natural resources are seldom simple.” (Chapter 5: Grand Valley).

Though the Midwest and West have vastly different water issues, I found a moment of parallel that reminded me of something from The Death and Life of the Great Lakes. Salt cedar (or tamarisk) is a tree from Asia that does better than native trees in salty soil. These trees were introduced in the nineteenth century to provide erosion control, but out West they have no predators and so have spread far and wide. In response, the US Department of Agriculture approved an experiment that released tamarisk leaf beetles, which eat only tamarisk leaves, to lessen the tree’s spread. Just as fish or other aquatic species introduced into the Great Lakes to solve one problem became a problem themselves, these beetles can now be found all across the West, since they too have no predators in this environment. The author’s statement at the end of this narrative could be applicable to many of the same experiments done in the Great Lakes: “not everyone believes that releasing them was a good idea.” (Chapter 17: The Delta)

After reading this book, I certainly don’t intend to change my conservative behavior when it comes to water, but now I feel I have a better understanding of potential unintended consequences (again, in very specific cases).

View all posts by Chelsey Grassfield